The 38th International Plant Fair IPM ESSEN is looking back on four very successful days at the fair: From January 28 to 31, a total of 1,538 exhibitors from 46 countries presented their innovative products and services in the Plants, Technology, Floristry and Garden Features areas. Messe Essen was once more the most important meeting place of the worldwide green sector. Over 54,000 (in 2019: 52,800) visitors from over 100 countries obtained information about trends and ordered goods for the coming season. More than ever, climate change and sustainability were the dominant subjects at the world's leading fair for horticulture.

"In the context of the climate discussion, horticulture has gained enormous relevance and ensured an enthusiastic mood in the fair halls. At IPM ESSEN 2020, the green sector has demonstrated its innovative spirit and its performance in an impressive way," summarized Oliver P. Kuhrt, CEO of Messe Essen.

Already in 2019, the exhibitors stated that the subjects of sustainability and climate change will exert the biggest influences on the sector in the future. What could already be seen in many places last year was omnipresent at this year's IPM ESSEN: No matter whether environmentally friendly packaging, climate-tolerant new breeds, insect-friendly plants for the promotion of biodiversity, air-cleaning green plants, planter boxes with integrated water reservoirs or peat substitutes - international horticulture showed its innovative power in an impressive form. Also in the Technology area, emphasis was placed on energy-efficient production procedures and pioneering digital technologies.

The Federal Agriculture Minister, Julia Klöckner, who festively opened IPM ESSEN found words of praise for the sector: "Horticulture here in Germany exhibits a high degree of innovation and the businesses find and occupy niches in this way. And they answer questions about the future. For example, when it is a matter of more resource or climate protection."

Turnover Pluses of Flowers and Plants

The consumers are becoming increasingly aware that living greenery is important for people, animals and the environment. At the same time, plants are ever more advancing to become lifestyle products. In a fast-moving and digital world, the garden is becoming a calming feel-good oasis. In total, the Germans spent Euro 8.9 billion on flowers and plants last year - a plus of 2.7 percent compared with the previous year and the highest value since 2011. Within the framework of IPM ESSEN 2020, the Central Horticultural Association (ZVG) announced that the per-capita expenditure had risen from Euro 105 to Euro 108.

"Anybody who wants biodiversity cannot ignore horticulture," the ZVG President, Jürgen Mertz, emphasized in his opening speech. "With perennial, woody, bedding and balcony plants, the sector is offering an enormous diversity and insect food. However, insect protection depends not only on the businesses but also on the consumer. That is a big chance for the sector." Mertz sees evident upward potential with regard to the non-private consumption.

Municipalities are being confronted with the challenge of making cities greener. Here, woody plant ranges viable for the future are in particular demand. The fact that there is a great need for information was illustrated by the lively participation in the seminar entitled "Organizing Sustainability in the Municipality". Attention focused on reports from the practice of open land planning. During a subsequent tour of the fair, future trees were introduced to the participants. The information event was organized by the foundation called THE GREEN CITY and the Federation of German Nurseries and took place within the framework of the EU project entitled "Green Cities for a Sustainable Europe".

France is also supporting the sustainable project of the community of states. The "Grande Nation" presented itself as the partner country of IPM ESSEN. Breeders and young plant producers in Hall 6 and nurseries in Hall 7 showed the diverse spectrum of French horticulture. Some of the best-known and most distinctive plant specialities produced by the country are roses, fruit trees, rhododendrons, camellias, hydrangeas, cyclamens, chrysanthemums, lavenders, alstroemeria and dahlias. "VAL'HOR, the umbrella trade association of the French horticultural industry, feels honored to have been the partner country of IPM ESSEN 2020. This partnership was a fantastic opportunity to present our French breeders, their sense of quality and innovation as well as our 'French Touch'. Our credo that 'Plants Are Vital' coincides with the zeitgeist and will certainly become ever more applicable in the future. IPM ESSEN is doubtlessly the internationally leading fair and the ideal platform in order to meet all the protagonists in our sector shortly before the beginning of the season. We are looking forward to seeing each other next year," was the assessment made by Mikaël Mercier, President of VAL'HOR. For the 2021 edition of IPM ESSEN, Mexico is planning to present itself as the partner country of the world's leading fair.

"We must again be proud of what we do." In the IPM Discovery Center in Hall 7, the trend scout Romeo Sommers displayed the heroes of the green sector in the form of smart POS concepts. The presentations in the "Garden Center of the Future" were orientated to the latest trends and took account of findings about the purchasing behavior. In addition to subjects such as online services and value added by new breeds, attention focused on innovative recycling systems and sustainability.

Hall 1A was again transformed into the Green City. While the Horticultural Info Center offered advice on all horticultural questions such as plant protection and the plant passport, the Teaching Show highlighted the change in the green sector and the Innovation Showcase presented the most innovative plant novelties (including a peanut for beds and balconies), the trade visitors to the FDF World experienced live shows with international floral designers in a class of their own, open workshops and inspiring showrooms about the latest interior trends called "street savage", "blended culture" and "inner retreat".

Helmuth Prinz, President of the Trade Association of German Florists - Federal Association (FDF): "We have experienced IPM ESSEN 2020 as a strong motor of a sector which is presenting floral handicrafts in a self-confident way, is becoming increasingly networked and is bundling forces. The international interest was enormous. There was a great deal of positive criticism for our new booth concept with a central show stage and for the innovative floral presentations in the FDF World. Our partners are giving a great deal of space to the subjects of sustainability and fair production - that is going down well with the florists and is offering strong sales arguments."

In the first round of the FDF Flower Battle on January 29, the master florist Josef Dirr from Baden-Württemberg convinced the public with spontaneous off-the-cuff floristry and was chosen as the winner. During the showdown on Friday, Maria Dmitrovich from the State Vocational College for Flower Art in Weihenstephan was able to decide the Flower Battle in her favor. The trainee Luisa König from Blumenhaus am Hofgarten, Düsseldorf secured the coveted IPM Fair Cup.

94 percent of the guests at the fair would recommend a visit to IPM ESSEN. 92 percent of the visitors and 93 percent of the exhibitors are planning to take part in the fair once more. The next edition of the world's leading fair for horticulture will take place at Messe Essen from January 26 to 29, 2021.

IPM ESSEN 2020 counted 1,538 (in 2019: 1,546) exhibitors from 46 (46) nations and 63 (65) percent of them came from abroad. Also including the forecast for the last day of the fair, 47,000 registered trade visitors came to the fair (according to the Society for Voluntary Control of Fair and Exhibition Statistics - FKM). The fair and the congresses were visited not only by national and international trade visitors but also, amongst others, by press representatives, social influencers and further guests of honor. 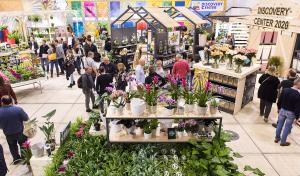 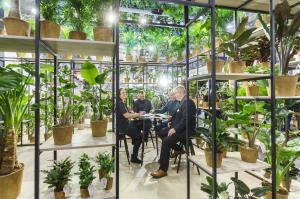 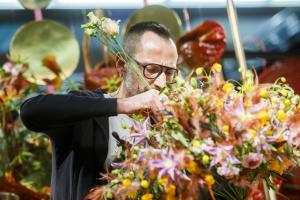